So how was your Christmas!

So how did Christmas go for you then?
Ours was erm, you could say interesting to say the very least.

As you may recall The Doc was saving his  'Elijah Craig  Bourbon whisky for Christmas evening which he duly did but with the following result. 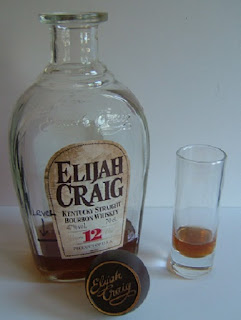 Ugh. This is cold tea!

But I digress as  this is not the main reason for todays story. We have had much more fun and games than that!
So lets return to Christmas Eve when the downstairs toilet began backing up! Well actually it had begun before then but we have this happen on a regular basis with the main drains out on the through road causing a huge blockage. At first you  look at the water level and say to each other does that look higher to you (I know we live such interesting lives) than before. We  kept debating it and finally agreed it was time to call up the council but we would wait till after Christmas/Boxing day because if you do call them out and the blockage is on your property You Pay and there was  no way were we paying premium call out charges for that period. So to put it  succinctly sprouts and prunes were off the menu!!
Fast foward now to yesterday morning and The Doc logged his call with the local council help desk where a very efficient  lady pulled up her screens and said " Oh yes I can see your last call out to us and that was a very complicated problem. I will send the team round to you asap."
The two man team arrived and pulled up our manhole cover and agreed that the blockage was on the council's side of the drain. (Phew. No Charge then). The Doc took them along to the next manhole cover( between us and the main road) and still blocked so they set to work with their pumping gear to clear. Several hours later a knock on the door to say that they had flushed 4 tank loads of water through and no success so they would call up for reinforcements. (i.e The Tanker which The Doc  over the years has nick named  Big Bertha).
Well 'Big Bertha' arrived this morning and pumping  really began in earnest. By now we have a major incident on our hands with the main road blocked off and Big Bertha parked up pumping for Britain that is until the Hydraulic Air Hose blew the pipe off the machinery.( At this point in time the Michael Caine film 'The Italian Job' springs to mind.)
This is the same Hydraulic air hose that supplies the brakes to Big Bertha! So now the crew are incapacitated and have to call out the AA/RAC to be fixed.  (You couldn't make it up).
3 hrs later and Big Bertha has been fixed and retreated licking her wounds and Big Bertha 2 has now arrived on the scene!!!!!!!!!

Watch this space for further updates.

O my!!!! Such a catastrofic day!!!
Perhaps you might sent a parcel to Santa??? :D LOL
Hope that Doc could go to spend a penny before night!

I can imagine the surprise when there was tea instead of whisky! Glad I wasn't there to witness the fallout. I can sympathize with the toilet issue. I have had four plumbers out to fix my toilets. They leak water out of the tank so slowly, then flush themselves. It drives me crazy and no one seems to be able to fix them. I hope they can complete the pumping job by the new year. I'm waiting with bated breath for the latest news.

You're right Valery you couldn't make it up, I hope you get it all fixed soon. But the way you tell the story is funny, Kate x

No, you couldn't make that up. But it does make for an interesting life.

Goodness Mrs A it sounds horrendous. You certainly couldn't make it up. Barbxx

I so love the way you write a post, I was smiling all the way through. I hope Big Bertha 2 solved the problem.

It has happened before and all I can say is "Doc drink it and sod the saving till Christmas"
Well I have heard of 'Toilet Humour' but this takes the Biscuit. We had a girl at school who's nick-name was Big Bertha, hope it wasn't her who came to clear your drains.
Hope all gets sorted PDQ.

Oh my goodness!!! That is such a funny story to read about...but I an not sure sure it could be very funny to live through!

Hope all gets sorted for you.

Just back home today. I have been in hospital since Dec 21st with a UTI. Still a little wobbly but very, very glad to be back home.

Glad the doc has something to take his mind off the whisky :) :) :)

Wow - that is an incident big time!! Hope it all gets sorted soon. Happy New Year

Oh dear! Hope Big Bertha 2 is up to the job and things start flushing smoothly.
Whatever happens, hope 2017 is a good year for you.
Best Wishes, Avril xx

OMGosh! What a nightmare! I hope Big Bertha 2 has sorted out the problem by now. xx

Good grief! What a nightmare, ha, as already said by Liz above. Bet you were running around the walls.

Oh my word, Mrs A, what a palaver! Congratulations for surviving the nightmare with your sense of humour intact! I hope you have no more troubles like this in 2017!