Total mayhem here yesterday. Look who turned up on the doorstep. Elf Boss himself.  Said he had come to check up on his little mate but I think he heard that 'The Doc' had bought a bottle of Bourbon!! 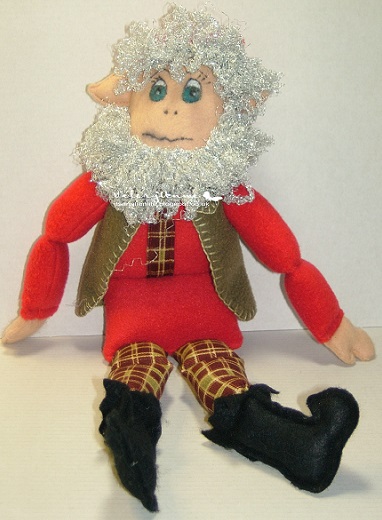 The penguins are still turning up by the boatload.  Had a complaint from the waterboard that penguins had been seen waddling along the stream that is the concourse for keeping the lower end of the village from flooding. Said they were building a dam (which is contrary to waterboard regulations) and collecting the fish that were coming through .  Had lots more offers of food for them which is being quaffed at an alarming rate.
In  the evening just sitting down to a bread sandwich when the door bell went again and we could hear singing. Was expecting the Salvation Army to be doing their usual rounds but The Doc said no he didn't think it was them as the uniform was wrong. "Well how are they dressed?" I asked him.
Back came the reply
"Like Penguins"!!!!

DO NOT OPEN THE DOOR.
Jut yell through the letter box that there is NO FISH AT THE INN. 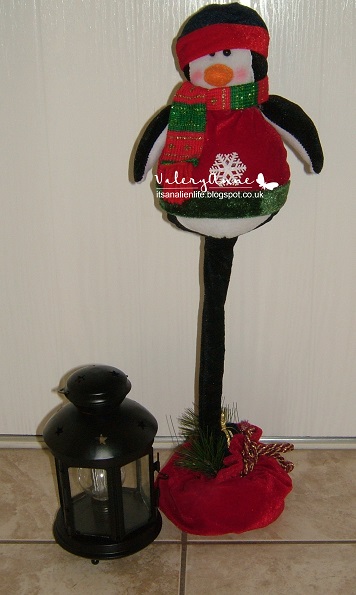 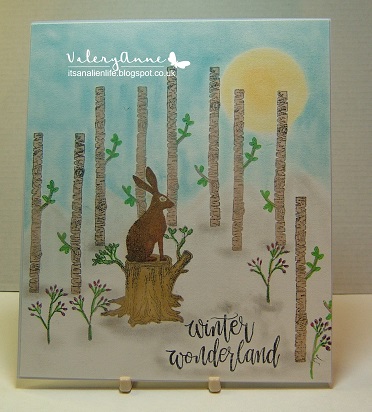 and of course he got a cracker made for him too. 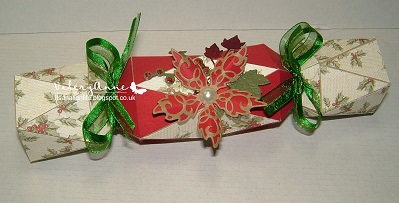 I am now down a very dark hole which I will stay in for  the next few days. When I emerge this will all have been a terrible nightmare. There will be no Elves or Penguins and the sun will be shining on a warm  Summers day.

Wishing You All
A
Merry Christmas.

Fabulous penguin and a gorgeous card and Elf Boss is looking as super as always.
Merry christmas to you and the Doc and hope you have a great day xx

Merry Christmas Mrs A. I have been enjoying the penguins from a safe distance. Have a wonderful festive season. Hugz

Merry Christmas to you, The Doc, the elves and the penguins. Love the card and cracker you made for the Doc. Hope he hid his bourbon from Elf Boss!

Hope you have had a really lovely day. Another great post and lovely card and cracker.

Hi Mrs A lovely post ,wishing you a Merry Xmas my friend xx

Hi Mrs. A, a fun post and a great card and Christmas cracker for the Doc, maybe you are planning on waking up in the southern hemisphere, for some Aussie summer sun, with an unhealthy dose of bushfire smoke with it... Have a wonderful week.. Megan

Hello there Valery, and Happy Boxing day. I hope you had a lovely day yesterday. I hope they Elves behaved themselves yesterday and let you have a good Christmas. I'm just trying to picture a carol singing choir of penguins, what a hoot, have a relaxing day, Kate x x

Ooh Nooooooo did you not hide..lol don’t suppose you could with the naughty little elf he’d be heard all over that’s why the Boss arrived hopefully your Christmas was a good one enjoy today xx

No doubt Doc liked this lovely card a lot...
We have no salmon left here so the penguins will just have to find another fish pond whilst on their travels! x

Poor you, with Elves and penguins will not have easy Holidays! Hold the bourbon...
Such adorable card you made for your Hubby! The shadows are just perfect! LOVE it so much and I'm sure he too! Also the cracker is delightful!

We could do with a dam here before we float away. Still more rain but no fish so DON'T send penguins. See you in March when you crawl out. X (Those crackers look fantastic.)

Hmmm, not sure whether the Elf Boss is fun and whimsical or downright frightening, haha! Hope you and the Doc had a wonderful Christmas, elves and penguins aside...and that the New Year is a healthy and happy one! Thanks for always giving me a chuckle and giggle, and for sharing your beautiful projects on your blog.

Hoping your Christmas was wonderful and filled with laughs over penguins and elves :) Love the card you made for your hubby, it's like a new day dawning and oh so cute! Thanks for always adding chuckles to your blog posts, and may your new year in 2020 be filled with laughter, joy, and good health as well as crafty fun! Thanks for being such a faithful visitor to my blog :)

Got me laughing here Mrs A - it sounds like pandemonium over your way! But fun - once they go back home of course :)

Haha, sounds like lots of fun going on over your way Mrs A! I expect you got rid of those pesky penguins and settled down to a quiet moment with Doc's bourbon - for medicinal purposes only of course!
Hope you had a lovely Christmas and wishing you a very happy 2020.
Vicky x

Hi Mrs A I hope that you had a wonderful Christmas. The card and cracker are gorgeous. Take care. Hugs Jackie

I have had a fun time catching up with your fabulous posts as I have been away x. Here's to a healthy and creative 2020 x.

Love the elf and the penguin, such a fun post, Love the card and the cracker Thank you for you lovely comment on my blog,

Hope your Christmas was a good one and have a happy healthy 2020.

Hope you had a wonderful Christmas! Doc's card is beautiful with that lovely scene!

I got sucked right into your fabulous story Valery!! Loving the boss and the gorgeous penguin!! I think the doc has been well and truly spoilt with the beautiful card and cracker!! Hope you got one too. Hope you Christmas was lovely and best wishes for 2020!!

Lovely creativity...Popping in to say Happy New year and thanks for being a great crafting on line friend.xx