Whose a Pretty Boy!

Finally finished my latest painting. Only took me a month this time.
Di was the only blogger who correctly guessed (from the title that I said I was going to give it that) it would be a parrot. Well two actually. 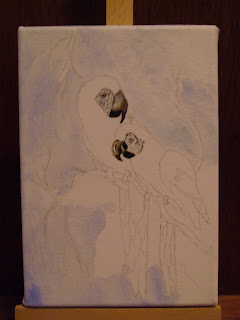 Here it is in stages again. 1st the background and the facial features. 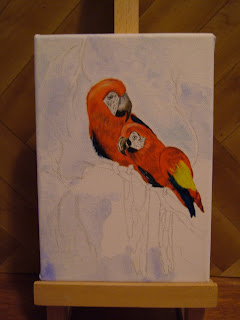 Next up a bit of plumage. Don't want to look like bald eagles! 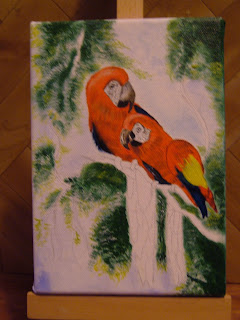 A bit of tree camouflague. 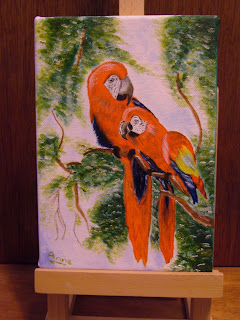 A branch or two to sit on, add some tail feathers and 'Whose a Pretty Boy then'.
I will make the next one mega easy for you. Going to call it To can do it!!!!

And finally here are two pictures that I prepared earlier. Much much earlier when I was 10yrs old and had been given a painting by numbers set as a present. Done in oils and I think the company that sold the kits was called Craft Masters. 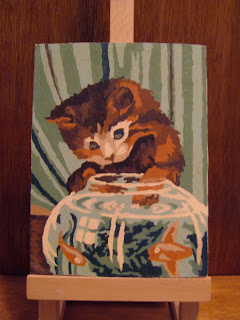 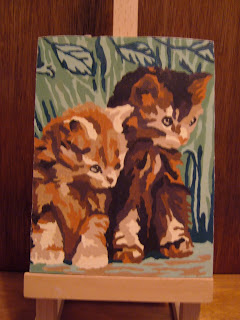 Hi there the painting is lovely- 'only took a month' I could spend 12 months and would never manage that (smlies) You are very, very talented . I used to do lots of sewing - for myself and ohters-have two sons so didn't really sew for them except for fancy dress costumes. I really should try and do some for my granddaughters- maybe when I get some time :-)Anne

PS just read my comment-obviously having trouble with spelling this morning! A x

Lovely painting. It's lovely to look back on things you did as a child too x

I used to love Painting by Numbers but unfortunately I never got past that stage, the parrot is brill, so chirpy and bright!

As a BIG cat fan, the lovely kittens are the best. Parrot is lovely too. A month? I could start today and still be doing the first bits in a year's time. Well done.

You're clearly very talented, that painting is great. x

The parrot painting is beautiful :) i love the kittens as well. I really admire people who can paint :)

Beautiful. I always wanted to do art of that sort. My brother is an artist, but I never could do much in that vein.

I'm terrible at painting so I never cease to be amazed at how people can create these fantastic paintings. Brilliant work.

Hi Mrs A! I haven't stopped by to greet you in awhile. Hope you are well. Thinking about our past swap and didn't want to lose touch. I like birds - what a pretty one you are painting!

I love the cat looking at the fish bowl. She is soooooooo cute

The colours of the parrots are great, the oranges and greens work really well together.

Lovely to see the different stages of the Parrot picture. Kittens are cute, I used to love 'painting by numbers' - now I show my grandson how to. Nice catching up with you.

Your work is wonderful ... I can't even draw a straight line and do so admire anyone with such artistic talent!
Am SOooo sorry not to have replied sooner to your lovely comments ... I WILL show my other cupboard but not until it has had a good tidy! Debbie #62

One thing i've never been able to do is paint so i totally admire your talent. Parrots look brilliant

Love the cat pictures esp the one with the goldfish bowl!

Gorgeous paintings!
I really like the kitten trying to catch the fish :) 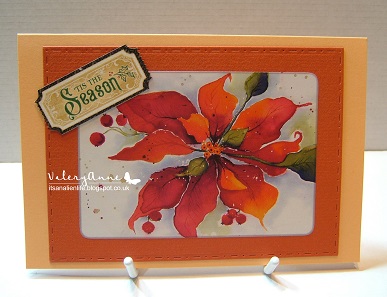