I've been let loose over at the Playground! Guesting on Pixies Crafty Workshop #401.
Now just so long as there are no Pogo sticks hanging around and you don't mention 'The Duck Pond' we shall be ok.
My card to show you apart from the scalloped card base (that I found lurking in a box) is made up entirely using snippets. I have a picture tutorial below showing how it was constructed.
The prize is  the Woodware Stamp that I have used. The winner will of course be getting a brand new one as I had two of this stamp.   It comes with a sentiment too. 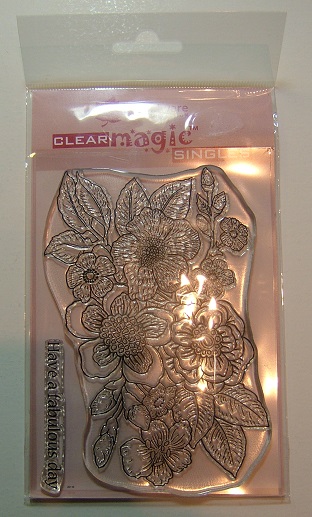 Here is the card I made using mine. 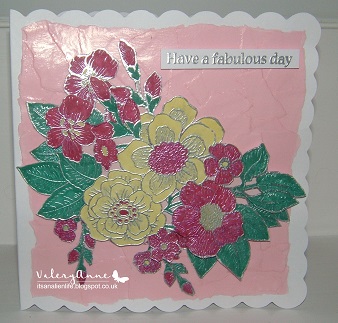 I had seen a journal page using torn up catalogue pages for the background and wondered if using up scraps of plain cardstock would work just as well. Only one way to find out! 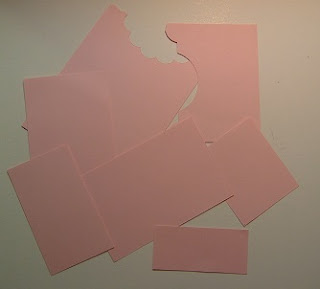 These were some oddments left over from previous cards which I tore up into small pieces  in different shapes but mostly about 1" in size. 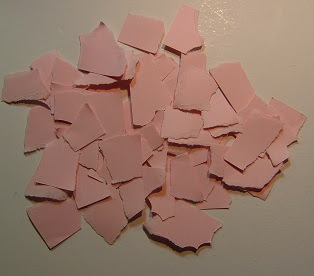 Using undiluted Pva glue I stuck them randomly onto the card base leaving  a small neatish edge all the way round. Once all stuck down I gave a liberal coating of the Pva glue over the top and left overnight to dry. 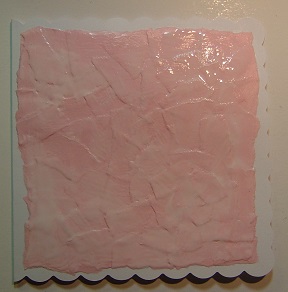 In the morning the result was this beautiful shiny  background which because it was so shiny was quite difficult to photograph without getting glare from the camera. 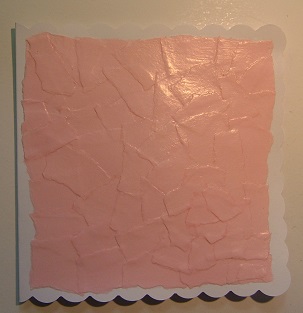 Next I stamped out the flower image twice (onto scraps of white card) using  a Wow clear embossing pad  and embossed using Wow silver powder. 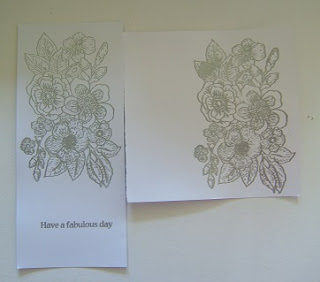 Coloured with my Graph'it marker pens and fussy cut out the images. 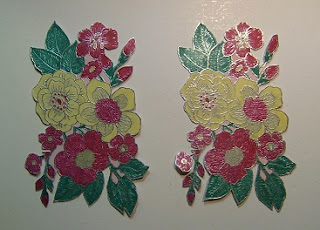 I stuck one onto the card using double sided tape and then adhered the second image on top overlapping so that it made it look like there were a lot more flowers than there actually are.
Now I don't use 3D pads anymore as I make my own from left over snippets of white cardstock. Waste not want not. Here's how.
I add ds tape to the back of the cardstock  and then layer up before cutting into the size pieces I need. 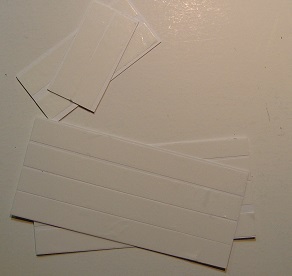 I wanted the second image to be fairly raised up so I used four pieces of card each time. 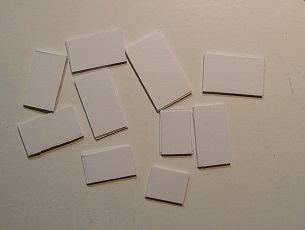 Then adhered them to the back of the second image before adding to the card. 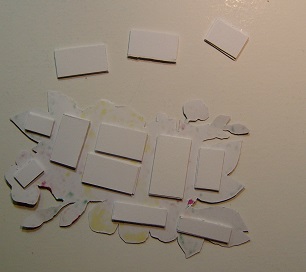 I cut the sprig of flowers that were at the bottom of the image off on the top layer and tucked them straight onto the card  under the leaves and large yellow flower. So that's my snippets card which I hope will inspire you to enter into the current challenge. 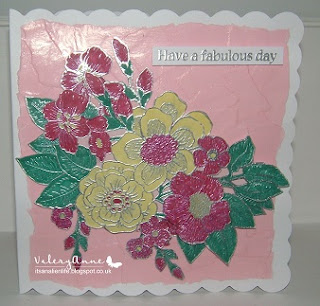 Hugs
and mind those Pogo Sticks!

Beautiful card Mrs A. I love your idea of creating your own mounting pads. The shop that I used to get my mounting tape from closed during lockdown last year so I now have to travel further to get any. I have heaps of white cardstock pieces so I am going to take a leaf out of your book and make my own. Cheaper and saves a lot of travel.

Looks great! I have not seen that b/g idea, great way to use up scraps

wow what a work of art you made it ValeryAnne!
Thank you for the explanation and especially for the tip of the 3D pads, really smart.
Have a nice Sunday and lots of love, Wilma xx

Just beautiful and so striking in the those colours. Hope you are doing OK.

Hi Mrs A your card is gorgeous I love it. Take care. Hugs Jackie

Great ideas with your background and your 3d pads, wow. I also recycle some packages for my 3d pads, great effect.
Stunning card, I love these flowers.
Hugs xx

What a labour of love! Your card is beautiful, but not sure I’ve got enough patience to do all that myself. Although I can visualise a background of different patterned papers made like that - maybe one day!

A fabulous card made in the true spirit of using up all the snippets and wasting nothing- the result is beautiful!
xx

Many congratulations on guesting and what a stunning card you've made. I enjoyed reading the process and a fabulous idea for the background. Thank you for the inspiration. Your card is beautiful, all shiny and the prettiest of colouring Mrs A. x.

Beautiful card with such gorgeous flowers on your stamp. I love your frugal idea instead of foam pads but I don't think I would have the patience. I'm getting lazy in my old age! Take care. Christine

Lovely card and technique! Thanks for sharing the way you make your own 3D pads!
Hugs

Hi Valery. what a gorgeous card and the technique is brilliant. Such a beautiful floral image and beautifully coloured, love your design, Kate x

What an intriguing technique! I've never seen it before, and it looks interesting! I can just see it with all kinds of background papers, too, to look like a patchwork. Thanks for sharing ValeryAnne, and congrats on your GDT gig! hugs, de

I'm back! You will be receiving a notification that I have unsubscribed from email notifications, but I am still following using different options, just wanted you to know. hugs, de

Congrats on your GDT -what a great idea for a background and even better tip for making your own foam pads too-thing is I am able to get foam pads/tape really easily it's the DST I have trouble finding-sods law!!!Love the beautiful embossed flowers
Carol x

How clever this is. The background is so different and unique and gives great dimension. I love the silver embossing powder, it makes the whole card shine.

Love your beautiful card Mrs. A. A great design with the scraps too. The flowers were beautifully coloured. Stunning. Hugs, Carol S.xxx

Great to see you over at the playground as the GD Mrs A and to provide the beautiful Woodware stamp too. I love the wonderful technique for the background using little snippets of the same colour to cover it and such a wonderful shine, and the flowers are beautifully coloured, also the two layers make a very full look to the flowers. x

What a super pretty card x

A pretty card, you have created a super background for your beautiful stamp.
Pauline - Crafting with Cotnob
x

A lovely card Mrs A and a great tutorial too.
Kath x

Thank you so much my friend for being our Snippets GD this time around! I do love your card, even lovelier in real life :) The background is something only you would think of needless to say - love it!

Fantastic background made with all those scraps we accumulate, thanks for sharing how you created it. Lovely colouring of these gorgeous florals! 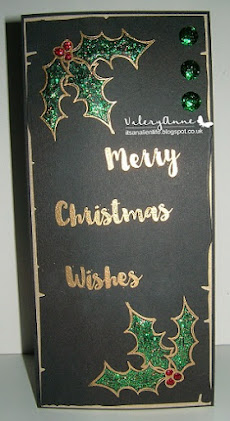